Starting a conversation with your crush need guts! What if he is sitting with his friends and they start making fun? Or if he misunderstood you? Even the worst, what if you are not looking at your best? And endless what ifs?!

But what if nothing happens and he also might be looking for an awesome start?

You are just going to get a finite number of opportunities where you can break the ice and talk with him or else, chances are fine that you would just end up staring at each other till you graduate! 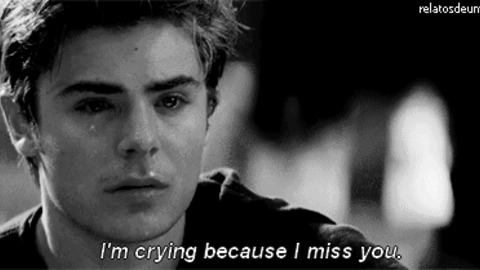 So you both are in the canteen on different tables opposite to each other, trying to gather your guts to say ‘hi’. But what if he is too just waiting for you to single him? All guys are not straightforward and he might be waiting for your first move!

Do yourself a favor, get up and ask him how classes are going on or simply how is the hostel food?

Also Read: 10 *Offbeat* Dating Ideas That Would Double Up Your Excitement

You are confident, beautiful and smart collegiate and why won’t you just talk to him just because you are insecure and nervous about yourself? A queen never thinks that way, so gather all the positivity and turn towards him.

Flash your best smile and just start a convo with him! We’re definitely not recommending you to profess your love for him, but a few subtle hints now and then won’t hurt too!

We are not ruling out the chances that he might not be interested or he might have just friend zoned you or he could be a different kind of a person, but at the end of the day, you would have to walk on that path to know what the destination is! A friendly talk is still far better than an all of a sudden date proposal! Guys are typically slow when it comes to decoding signals and he won’t even pay attention to the silly awkwardness that happened a day back! But what you might gain is a good friend, and who knows, what happens next?

At the end of the day, you never know if this all results into a great happily ever after? Yes, crushes don’t always result in a fruitful relationship, but in almost every single relationship one out of the two had a crush on other (take a cue from your best friend’s love story). Someone would have to take an initiative to break the ice.

Also Read: 10 Signs Your Friend Might Have A Crush On You

Take heart, gather all your courage, flash your best smile and initiate a conversation with the hottie you are having your eyes on!